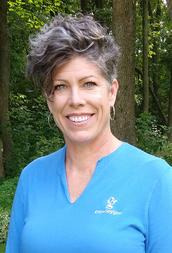 Women have such powerful wisdom to share about career, relationships, fear, love,
raising children, politics, travel, well-being, wonder, and so much more. We need to hear
women's voices, from all walks of life, much more often. The learning from each of our journeys
creates threads of connection that help us thrive, both individually and collectively.

Kiara was born in Manitowoc, WIsconsin to parents Nancy and Tom Crowley. She has two sisters, Shannon and Colleen. Kiara attended St. Paul’s Catholic School and Roncalli High School. After graduating from Roncalli with the honor of Class Clown, she attended the University of Wisconsin-Manitowoc and received her associate’s degree. Two years later, she graduated with a bachelor’s degree and a major in Communication from the University of Wisconsin-Milwaukee.

In 1992, Kiara married Kevin Oswald. They lived in Milwaukee for several years, later Stevens Point and in 2000, moved back to Manitowoc to raise their two children, Kieran (21) and Fiona (17). In 2013-14, they hosted an exchange student, Felix from Austria. From the age of 12, Kiara’s family has hosted a total of sixteen exchange students from around the world.

Kiara’s career has moved through many industries but always with the common thread of sales. Her first job out of college was with a large wheel and tire company in Milwaukee. In Stevens Point, she sold travel insurance for Travel Guard and later, worked for the U.S. Chamber of Commerce. Kiara had the opportunity to travel to South Africa with a tour operator she worked for out of Chicago. Moving back to Manitowoc, she worked for Towsley’s as an independent contractor. For ten years after that, she was employed with Lamar Advertising. And, in July of 2015, with the strong encouragement of her life partner, Kevin, Kiara started her own company, Crowley Gear LLC.

Life is made up of so many different journeys. As Kiara reflects, some have been amazing and others have been difficult. But, when she steps back to see them as a whole, each one has value and has brought her to where she is today. And she wouldn’t change one moment.

In this episode, we talk about the experiences, learning, and life lessons that have come from Kiara’s family bonds; starting her business full-time and the commitment as well as freedom that comes with the entrepreneurial journey; what she's learned about people through being in sales, traveling and hosting many exchange students ; and how being in nature brings calm and peace and helps us to be more present in our lives. 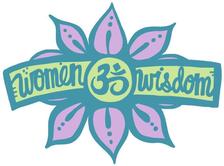